View from the top

I may have bored you in the past about my somewhat obsessive personal project photographing Stornoway from the top of Gallows Hill. I don't really know how it started but every time I return to Lewis I humph a big tripod up the hill and shoot another set. Dates for visits to Stornoway have become dependant on the tide times table cross referenced with that for the ferry and the moon. A nice afternoon with a spring tide and the ferry at the pier is what I want. Then when it finally all comes together, so does the rain or some other reason making me want/need to do it all over again.

Stornoway from Gallows Hill at dusk, 2014.

For all the effort its not really that great a picture. But as the years pass something interesting has happened as the project becomes more than the sum of its prints. Things appear or disappear as the town changes while remaining the same. And its true its not all that original a photo: anyone who ever took a stroll up there with a camera has probably taken the same picture from the same spot. If you never so much as cross the YM Bridge you can pick up a postcard showing the vista in one of the local shops. Or bid on eBay for a postcard from the early 20th century. Just as long as you're not bidding against me, thanks.

"Town of Stornoway" a fine early 20th century colour postcard by Harvey Barton and Sons.
The view from Gallows Hill is the iconic image of Stornoway. But for how much longer?

Over the years I've watched as small trees sneaked their way into my composition. Once where you could scan around from Cuddy Point to Newton, now there are bushes blocking your panoramic prospect. This year though there has been a massive spurt of growth with the result that small trees or large bushes are now beginning to obscure the view of the town.

What's nice about returning to a place like the Castle Grounds irregularly is that you really notice subtle changes in a way which you may miss walking there every day. Although anyone not seeing the huge amount of rhododendron clearing, sapling planting and mountain bike route building is probably in danger of falling into The Creed. So much work has been taking place that BBC Alba were able to produce a six part TV programme showing "Crusty" and his chums at work in The Grounds - An Gearradh Chruaidh.  Perhaps its time they took a walk up to the top of the hill for a look at that view and plan which trees and bushes might need a little pruning.  If they don't sharpen their saws soon, could we lose our view of Stornoway? 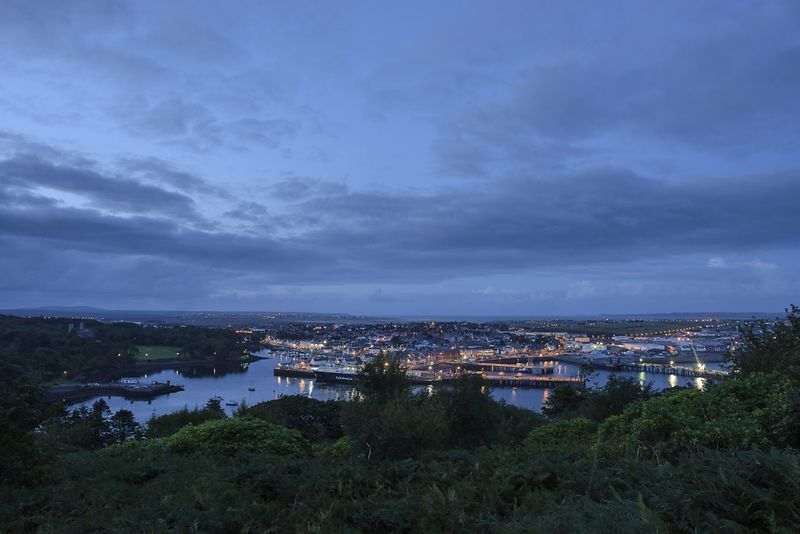 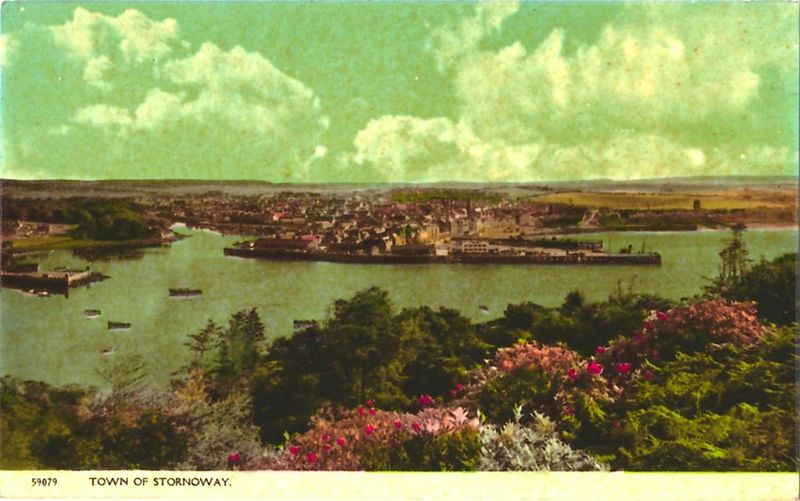 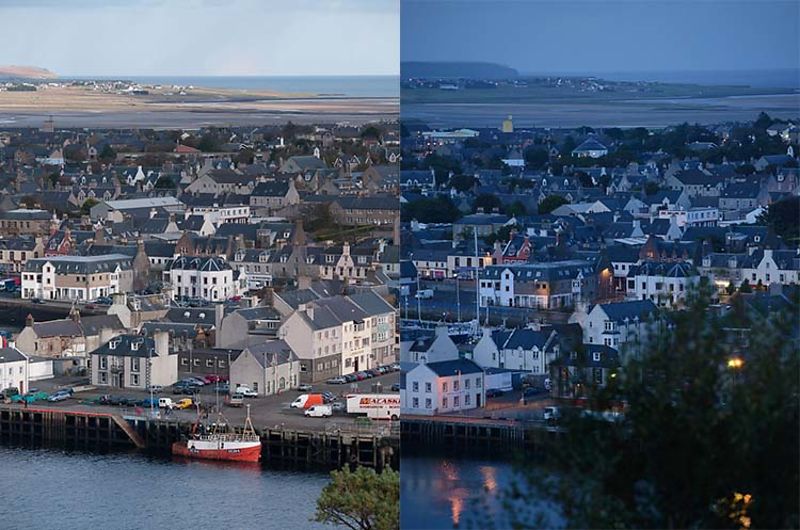