“They are part of our past, and should be preserved for our future.”

You’ll have seen them if you’ve come into Stornoway on the ferry: you’ll know every inch of them if you were ever a small boy growing up there. I wonder if ever again Primary 7 walked down town, through the Castle and across the moor to the lighthouse at Arnish Point. And then would the teachers allow half their charge to run off along the cliffs to climb the rustily ladder or wade about in the stagnant water around the Second World War defences? Its sad to see, a few years later, the look-out tower has started to crumble, it’s no longer possible to watch for enemy raiders coming over over the Minch, the concrete canopy has collapsed, eyes have been closed.

Precariously sited on a cliff top I actually expected one of the two gun emplacements to slip into the sea before now, there certainly seems to be less land surrounding them. Stepping back to take a photograph really is dangerous here.

Would anyone care if they did slip away? Enough to miss them perhaps, but not enough to look after them it would seem. They are important enough buildings to have been declared Scheduled Monuments by Historic Scotland who describe them as being of national importance, “one of the best examples of a wartime coastal battery surviving in Scotland” and have an entry at The Royal Commission on the Ancient and Historical Monuments of Scotland. Trouble is there are lots of "best examples" of all types of important buildings rotting away all over Scotland.

Only a few miles away thousands of people come every year to visit other monuments. The Calanish Stones, Dun Carloway Broch are firmly on the tourists’ agenda.

Could Arnish ever be in the tour guides ?

You can see more photos of the gun emplacement buildings on Arnish Point in my photo archive at www.davidgordon.co.uk/-/photos/archive/arnish-point 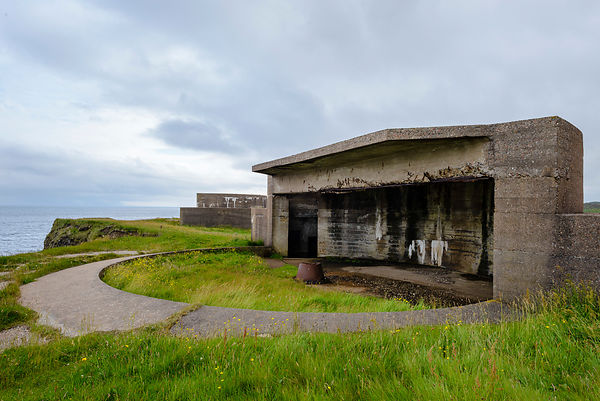 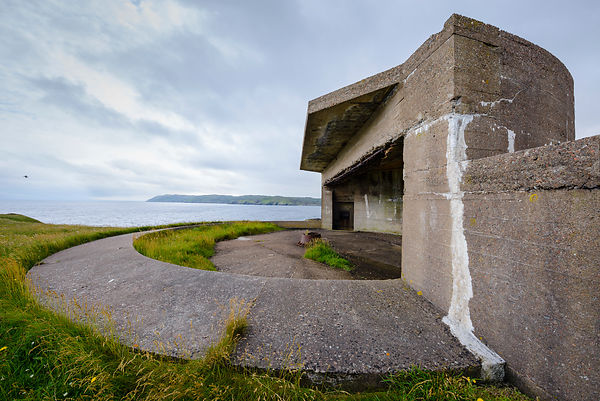 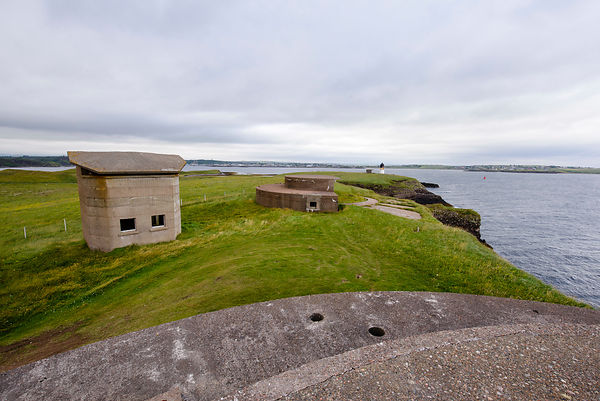 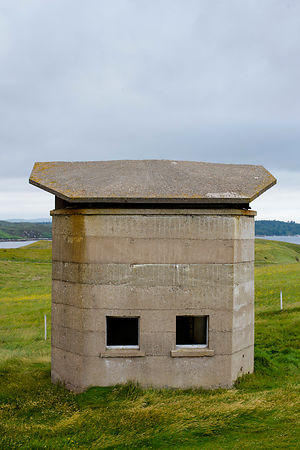 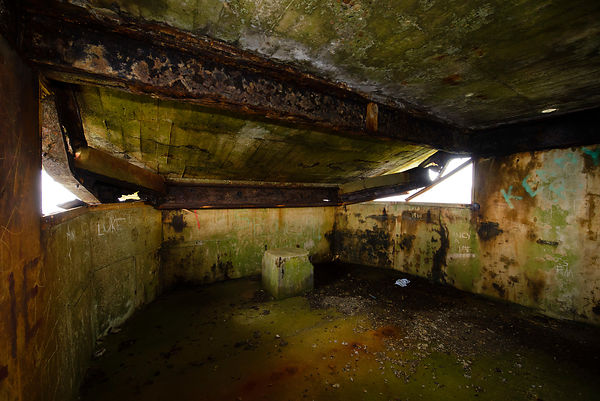